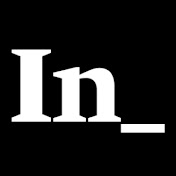 Millions of Americans took to the streets to protest police violence following the murder of George Floyd last year — and in some instances, they were met with violent crackdowns. Across the country, videos of police officers attacking peaceful protesters began surfacing on social media. Using tear gas, rubber-tipped bullets, bicycles, and batons, police officers deployed an arsenal of so-called less-than-lethal weapons to suppress protests and disperse crowds. But what happens when police unleash these weapons and leave people no path to escape? In at least a dozen instances last summer — in cities like New York, Los Angeles, Portland, Chicago, and Seattle — police used a controversial crowd control strategy known to protesters and civil rights advocates as “kettling.” The tactic consists of officers surrounding protesters, trapping them in the streets with no clear way out, sometimes for hours, often before tear-gassing, beating, and arresting them en masse. Law enforcement officials usually refer to this tactic as “corralling,” “containment,” or “encirclement” — not kettling. And some police departments have denied that they deploy this tactic at all. One particularly brutal example of kettling took place last year in Charlotte, North Carolina, where law enforcement officers trapped hundreds of protesters between buildings and lines of cops before assaulting them with pepper balls, flash-bang grenades, and tear gas. This video shows a reconstruction, produced in collaboration with SITU Research, that places video evidence in the context of a 3D digital model of the urban environment to gain a better understanding of the sequence of events that transpired that evening. Read the article: https://interc.pt/2Tsyoca Subscribe to our channel: https://interc.pt/subscribe

(LIVESTREAM) Mijente’s Digital Dragnet: How the Surveillance State is Spying on You

You Are Not a Loan

A City Under Occupation

Church and the Fourth Estate

How Opioid Addiction in the U.S. Fuels a Crisis for Farmers in Mexico

The Battle to Count Every Vote in Philadelphia

Election 2020: A National Referendum on the Trump Era

The Black Voters Who Could Swing Pennsylvania

No Rest for the Weary: Homeless in LA Face Heat, Wildfires, Coronavirus

Persecution by the Agricultural Industry - System Update with Glenn Greenwald

A Message from the Future II: The Years of Repair

Launch Event: A Message From the Future II — The Years of Repair

Surveillance in an Era of Pandemic and Protest

Is the US Social Fabric Unraveling? - System Update with Glenn Greenwald

D.C. Teachers Fight for Distance Learning in the Pandemic

No Masks, No Gloves, Open Dorms — Detainees Describe Life In ICE Detention During the Pandemic

The US-Supported Coup in Bolivia: Revealing and Tragic - System Update with Glenn Greenwald

Essential Workers Fought Exploitation in a Pandemic, Then Joined an Uprising