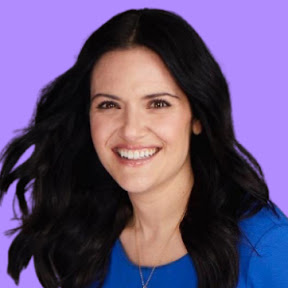 In this episode, Nomiki homes in on the ways in which politicians on both sides of the aisle are ignoring the nature of the Covid-19 crisis in favor of economic interests. As more states hold primaries, it’s become clear that while progressive candidates can beat incumbents, early financial support and endorsements are absolutely crucial. Rep. Chris Rabb (https://twitter.com/RepRabb) of Philadelphia (PA-200) joins the show and tells Nomiki about the various justice-oriented efforts he’s involved with, including a bill proposing a statewide database of law enforcement officers to track their conduct. Rep. Rabb also discusses reparations legislation and why he thinks some people are so attached to problematic and offensive statues across the U.S. Elected California DNC member Melahat Rafiei (https://twitter.com/Melahat) joins Noiki to discuss the DNC’s decision to hold a virtual convention this year, changes to the way in which the Democratic Party Platform will be decided, and activism and diversity within the DNC. Rebecca Parson (https://rebeccaforwa.com/) (https://twitter.com/RebeccaforWA), a democratic socialist congressional candidate running in WA-06’s primary, joins Nomiki to discuss the issues that led her to decide her district needs better representation: climate change and the Green New Deal, high unemployment and low wages, the housing crisis, the opioid crisis, and a long history of labor organizing. Rebecca also talks about the need for an attitudinal shift from the Democratic Party if they want to broadly appeal to working class people. Eva Putzova (https://evaforcongress.com/) (https://twitter.com/EvaPutzova) is running for a congressional seat in AZ-01. She joins the show again to discuss Arizona’s status as a Covid-19 hotspot following the governor’s premature decision to reopen the state. Independent media relies on your support. Can you help us build our show and home studio and pay our producer by investing on Patreon as a Patron? http://www.patreon.com/thenomikishow *New Show Format!! Join us the following days: Mondays 3pm ET: Weekly *main show* premieres Tuesdays 8pm ET: Nomi's Livestream Analysis Thursdays 8pm ET: Nomi's Livestream Superchat (Join!) Follow Nomiki on twitter: http://www.twitter.com/NomikiKonst The Nomiki Show on twitter: http://www.twitter.com/TheNomikiShow Music Credits: Ohayo by Smith The Mister https://smiththemister.bandcamp.com Smith The Mister https://bit.ly/Smith-The-Mister-YT Free Download / Stream: https://bit.ly/_ohayo Music promoted by Audio Library https://youtu.be/bzCw4RyFqHo Mi-Lo by Smith The Mister https://smiththemister.bandcamp.com Smith The Mister https://bit.ly/Smith-The-Mister-YT Free Download / Stream: https://bit.ly/mi-lo Music promoted by Audio Library https://youtu.be/--4tHbTT97g

Alexander Hamilton Wasn’t a “Cool” Guy, He Was More of a “REALLY, REALLY BAD” Guy

Our Criminal Justice System is a JOKE

How to Truly Abolish Prisons & Policing

Why Elon Musk Is SO Dangerous: His Antics Distract From Deadly Design Flaws at Tesla

Reps Who Don’t REALLY Represent Us Are KILLING Us

Philly's Rep. Chris Rabb Is the Lawmaker We ALL Deserve

The Case For State-Based Reparations

Covid Deniers Are Holding Us Hostage

'The Symbol Is Connected To Substance': Removing Statues MATTERS

We Have To TOTALLY OVERHAUL What We View As Policing

When Corporations Run the Government, a Pandemic Is a Profit Opportunity

Maybe NYC Shouldn't Be the Center of the Progressive Media Universe

The Energy of This Moment Cannot Be Wasted

In a True Democracy, Our Government Would Be Representative of ALL People

Trump Will March Us Toward Fascism By Any Means Possible

The Revolution Has Been Democratized

If We Lose Our Democracy, We Aren’t Going To Find It Anywhere Else In the World

We Have a NIGHTMARE of a Leadership Deficit

Cori Bush Knows Her District Is READY For Her To Lead

Lauren Ashcraft Is the ONLY Truly Progressive Candidate In Her Race

If Amazon Can Nearly Buy Long Island City, Something Is Very Wrong

Everything’s A Lot More Broken Than We Think It Is

There’s No Way to Know If ANY U.S. Elections Are Legitimate

It's ALL a Crisis Now

Will We See the End of Policing?

Climate Change Is an APOCALYPTIC EMERGENCY. Maybe We Should Start Acting Like It.

Why Policing Seems MUCH More Necessary Than It Is

The World Is On Fire

What Will It Take to Start a Climate Change Revolution?

The DEA is Doing Covert Work For the DOJ On…Trump’s Order???

The Navajo Nation Has Been Devastated By Coronavirus

BREAKING: Judge ruled OK for NYPD to detain ‘any’ protesters for over 24 hours

Save the Post Office: What You Can Do RIGHT NOW

The Radicalization of Lindsey Boylan

WHY Would Progressives Endorse Jerry Nadler???

‘Tied for THE MOST UNEQUAL DISTRICT In the Country’: Nadler’s Challenger Fights for Her District

Campaigning Against Nancy Pelosi In the Time of Coronavirus

Why Cuba’s Coronavirus Response is Working SO MUCH BETTER than U.S. Efforts

Where Is Joe Biden's Campaign?

'The Party That Tries THAT Hard': What the Left Must Do To Win

SHUT IT DOWN: The EXACT Moment Radical Midcentury Progressivism Died

Did the Left Create the Modern GOP Horror Show?

LIVE: Pelosi Kicks Progressives Down Even When She's Losing

The Left Can't Waste This Crisis

Can Democratic Socialism Survive After Bernie?

Why a SuperPAC Endangers The Left

What Bernie Should Focus On

How The Movement Keeps Its Power

How The Movement Keeps Its Power

How Should the Left Movement Flex its Power?

Why is Warren siding with the establishment?

LIVE: They make money off our suffering.

LIVE: Our Suffering Is their Money Scheme

Episode 12: Does the DNC want to lose to Trump? Michael Brooks and David Moore follows the money

Who *actually* runs the DNC?!

Ep. 12: Does the establishment actually want to win? Plus, Michael Brooks & David Moore

Does the DNC Actually WANT to beat Trump? Probably Not.

Breaking: Where do we go now that Bernie is out?

How Are Republicans Rigging the Election While We're All Distracted?

The Truth About Governor Andrew Cuomo

How can we hold the government accountable when we are inside?

What's Happening with the Economy? (Audio Only)

How is this mother (in a containment zone) going to give birth during Covid?

Who is Behind Biden's Mysterious SuperPACs?

Why Is Tom Perez & The DNC Putting Politics Over The Health Of Voters?

How does the government prevent an economic catastrophe?

How are Grassroots Candidates Campaigning Amidst Coronavirus?

What Would FDR do in this moment? And what can Bernie do?

Is the Democratic Party an Illusion?

How the Establishment wins when we act like snowflakes.

How the Primaries' Voter Suppression Hurts Turnout in the General

How does the movement DEMAND progress?

What’s next for Bernie and the movement?

What is Bernie's Winning Message?

Is Biden a threat?