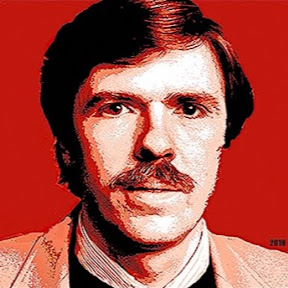 As a follow-up to two Guardian articles this week that delivered significant context to the Wikileaks' 2010 'Collateral Murder' release: Wikileaks editor-in-chief Kristinn Hrafnnson & lawyer Jennifer Robinson have responded. They are joined by former Baghdad Bureau Chief for Reuters, Dale Yates and Iraqi Democrat Sami Ramadani. Dale Yates, subject of one of the Guardian articles, held the Baghdad post in 2007, when an Apache helicopter airstrike killed two of his staff members, Saeed Chmagh and Noor-Eldeen. Yates was not able to report on what two US Generals had shown Reuters at the time. What we learn now is what they didn't show. How one of the colleagues finally died, in what looked like a war crime. Yates reels at the deception and says Reuters were cheated. Sami Ramadani speaks of the Iraqi reaction to the 'Collateral Murder' release and the evidence they published of torture at Abu Ghraib, another war crime. The second Guardian article points out that in Assange's indictment, no actual mention of the Baghdad Air Strike footage, renamed 'Collateral Murder' by Wikileaks, even though 40 of the 175 years of sentence Assange faces relate to this release. Jennifer Robinson explains that the charges are rather tagged on to the 'Rules of Engagement' release, which Manning submitted in parallel to show they had been violated.

CNLIVE! Interview with Andrew Fowler, author of 'The Most Dangerous Man in the World'

Suzie Gilbert: Why Assange extradition is not a done deal

Spying on Assange: CIA vs Assange - Preventing a Fair Trial

CN LIVE! S2E10 PANDEMIC DOWN UNDER

CNLIVE! S2E7 The Pandemic and Geopolitics

Craig Murray: the Anatomy of a Show Trial

LIVE: Journalists Speak Out for Assange

Andrew Feinstein: The Depth of Crime that Wikileaks Reveals

Catherine Brown: The Weaponisation of Positive Ideals to Negative Ends

Kristinn Hrafnnsen: One Year in Belmarsh

Let The Light In

Foreign Minister of Ecuador, Guillaume Long, on why Julian Assange was granted asylum

Vos and the Becks - DNC Corruption