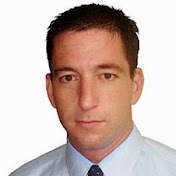 Original Rumble video: https://rumble.com/vrxzct-video-title-the-semi-inside-story-of-why-trump-refused-to-pardon-snowden-an.html For months, Trump indicated -- publicly but especially privately -- that he was strongly considering pardoning NSA whistleblower Edward Snowden, and considering a pardon for WikiLeaks founder Julian Assange. Yet Trump vacated the White House on January 20, 2021 without doing either, leaving two of the prime enemies of the Deep State in exile and in prison, respectively. Why did Trump refuse to pardon two of the people who most bravely exposed the crimes and deceit of these security state agencies that targeted him? I share some insights from the work I did in trying to secure a pardon for each.