Cast Facts on the Ground Tweets

An 'indefinite' slap on the corporate wrist: the latest on Colonial Pipeline with Robbie Jaeger 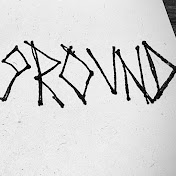 Facts on the Ground

Robbie is an independent investigative journalist and the lead political finance reporter at MCSC Network. He recently launched PolitiFi, a "100% independent source for political finance and conflict of interest reporting." You can find PolitiFi at jaeger.substack.com, and on Twitter at @PolitiFiNews. Robbie also publishes work at rokfin.com/RobletoFire. Robbie on Twitter: @RobletoFire | | | | | Facts on the Ground Find us on Twitter: @FOTG_Show @JesseZurawell @SarcasmStardust

Facts on the Ground

Withdrawal or redrawing the war? Danny Sjursen on Afghanistan

An 'indefinite' slap on the corporate wrist: the latest on Colonial Pipeline with Robbie Jaeger

'The Jakarta Method': Vincent Bevins on the US' long history of anticommunist terror campaigns

Unapologetic on fake 'Left' media, the sham 'Squad,' the nat-sec state, and US imperialism

Imperial ghosts and resurrections in Africa: a conversation with Morgan Artyukhina

Shahid Buttar on Pelosi and Omar, the military-industrial complex, and the U.S.' political oligarchy

Tara Reade tells us about stumping for Marx.

Ghost on the Lawn

Reade Between the Lines

Late for The Hague

Facts on the Ground in Conversation With Tara Reade

From Bosnia to Kosovo to the Middle East, With Dr. George Szamuely

Fiorella Isabel on electoral politics (and more) from Peru to the U.S. and beyond.

Yanis Iqbal breaks down the current facts on the ground in Palestine.

Neo-Fascism in Brazil: A Conversation with Independent Writer and Researcher Yanis Iqbal

The Politics of Music, the Music of Politics: a Conversation with Eleanor Goldfield

Nick from Fred Hampton Leftists on Abolishing Police, Medicare for All, Poser Progressives, and More

The Third Installment of Our Series on Palestine with Dr. Denijal Jegi?

From the US to Palestine to Ukraine and Beyond: Rainer Shea on Imperialism and Genocide

"Historic injustice abetted in all of our names": Danny Sjursen on Palestine

Dispelling Myths of Empire with ROARMedia

Moss Robeson on Biden and His Banderite Buddies

Dr. George Szamuely: What Russia, Ukraine, and Other European & Asian Nations Face in the Biden Era

Organizer Deepa Driver on The International Festival of Whistleblowing, Dissent and Accountability.

No M4A = the government killing us (part two).

No M4A = the government killing us: a conversation with activists Shareef Snuggs and Ricky Dunlop.

"How did your desert bloom?": a historical deconstruction of Palestine w/ Denijal Jegi? (part one).

Jesse Jett premiers a set of new material from his forthcoming record.

"It's a jungle of walls": Kevork Almassian on finding & reporting the truth--from Armenia to Syria.

Social media censorship, the KHive cult of personality, and more with Matt Orfalea.

Dr. Denijal Jegi? on the history and legacy of Israel's massacres of civilians in Qana, Lebanon.

Sabrina Salvati (aka Sabby Sabs) joins us to discuss a wide array of current political happenings.

Misty sits down with co-host of the new show Fred Hampton Leftists, RJ

Sam Carliner on the recent attempts by Amazon employees in Alabama to unionize.

Dan Cohen on the U.S.' amped-up anti-China aggression under Biden.

Robbie Jaeger: Pipeline crimes and the corporate-political machinations behind them.